ATLANTA (defeo.biz) — Campaign yard signs are a hallmark of the election season, as are bumper stickers. But, it seems like they are harder to find this year in many parts of the country, particularly for this year’s presidential candidates.

Are people embarrassed? Do they not want to announce their choice? Are they looking to avoid a confrontation? Do signs no longer work in today’s digital era? 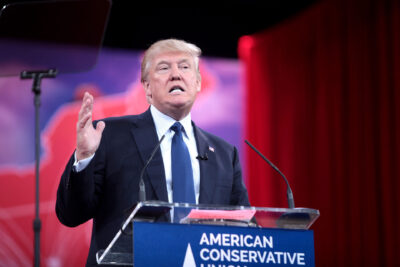 Apparently, when the choice is between Hillary Clinton and Donald Trump, try all of the above.

“It has been a very volatile election year with emotions running high on both sides,” said Dr. A.J. Marsden, a former U.S. Army surgical nurse who is now an assistant professor of human services and psychology at Beacon College in Leesburg, Fla. “Trump’s extremism and Clinton’s scandals have sparked much-heated debate and controversy.

“In fact, CNN reported that Trump and Clinton are viewed more unfavorably than any front-runner for either party since 1984,” Marsden added. “Because each candidate is viewed so negatively, some voters may not feel compelled to show their support publicly.”

Despite the rise in digital communications, yard signs have remained one more traditional approach that has been a mainstay of elections at every level, but particularly for local elections. While many experts say signs have little bearing on a national race, distribution of signs indicates a candidate has some semblance of a political organization and is a viable candidate.

That is until this year, apparently.

More Reasons Than One 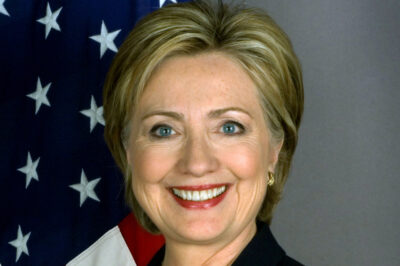 Causing ire among friends, family and colleagues is a real problem this year. There have been reports from across the country of people defacing or destroying political yard signs.

For further proof, just look at how many people are losing friends this election season because of a social media post.

“Voters are being bombarded with political talk and even being harassed by others — on social media, with friends, and even at work,” Marsden said. “Social media is playing a larger role than ever in this year’s presidential election. And it’s becoming more and more toxic. Some political leaders are actually encouraging their followers to harass others.

Hard to Say for Certain, But a Trend Seems to Exist

It’s probably impossible to know for sure whether there are fewer campaign yard signs. That said, many experts asked seem to agree there are fewer signs to be found this year.

An unscientific survey reveals there are as many whimsical bumper stickers as there are ones for a candidate in this year’s election. One such example: A car parked in a parking lot of a store in Vinings, Ga., had a bumper sticker reading “Giant Meteor 2016.”

“With less than fifty percent of voters expressing a favorable opinion of Donald Trump or Hillary Clinton, it’s not surprising fewer people are willing to openly support either candidate,” said Kent Syler, a political strategist and analyst in Tennessee. “Political polarization and the divisive nature of both candidates also helps contribute to their supporters’ desire for anonymity.”

All that said, there are voters who strongly favor a candidate.

“There are many voters who feel passionately about their candidate,” Marsden said. “Or perhaps they just despise the other candidate more — it seems like the American people have perfected the idea of ‘voting for the lesser of two evils’ in this election.

“Nevertheless, because some feel so strongly against their candidate’s opposition, publicly showing support may result in property damage and/or vandalism,” Marsden added. “There have been several reports this year of such damage, including at St. Mary’s College and in Boston, Mass. Due to these types of reports, people may avoid publicly displaying their voting preference. It’s just not worth the cost of the damage.”

Who will be Swayed on Election Day?

People today are inundated by media coverage of this year’s election. Yet, an Oct. 7 Quinnipiac University national poll found 4 percent of voters are undecided.

“On some level, putting a yard sign out is typically a sign that you really are excited about a candidate, and I just don’t think many people are excited about Clinton or Trump this year,” said Dr. Scott Dunn, an associate professor in the School of Communication at Radford University. “…Some of it is fear. If I put this Trump sign out or this Clinton sign, is my home going to get vandalized? Or, if I put this bumper sticker on my car, am I going to get my windshield bashed in?”

Plus, there are so many more ways to reach voters these days. Think paid search in addition to social media and traditional grassroots efforts.

That’s not to say people aren’t telegraphing their votes this year. People, at least, in part are expressing their positions via different platforms.

“In some ways, a yard sign or a bumper sticker is an identity thing,” Dunn said. “We can do that more effectively now through social media, I think. We can change our profile picture; we can post articles or make observations that make it very clear to our friends and our neighbors and our coworkers that we support a certain candidate. The yard sign seems almost quaint now, I think.”

So, will a yard sign have an effect on undecided voters?

“I can’t imagine who the voter is who’s going to be on the way to the polling place and see a yard sign for a candidate and say, ‘yeah, I think I will vote for that person,’” Dunn said. “I just don’t think people are that fickle.”

Todd DeFeo loves to travel anywhere, anytime, taking pictures and notes. An award-winning reporter, Todd revels in the experience and the fact that every place has a story to tell. He is owner of The DeFeo Groupe and also edits The Travel Trolley and Railfanning.org.